Guided cruise of the Rade de Lorient in France

Duration:  1:15 Departure from the base of submarines / Cité de la Voile Boarding at 15:45 except Wednesdays, which is at 15:00 Rates Adult: € 16.50 Children 5 to 17 years: 9.50 € Children under 5: free Family Offer:  € 12.50 / adult  accompanied by a child or teenager paying - Offer limited to 2 adults per child or teenager paying Syllabus Starting from the basic submarine, you discover the basins in which engulfed the U-boats during the Second World War and the French submarines until 1997.  We follow then the quays of the fishing port, French second terminal fishmonger, the commercial port of docks installed on Kergroise, deep water since the 1920s.  On arriving at Lorient, by Faouëdic is the history of the city you learn, then we committed on Scorff, where are the arsenal and shipbuilding.  Leaving to port the mouth of the Blavet we descend along the left bank towards the peaks of Pen-Mane and St. Catherine to Port Louis from the foot of the bastions of the citadel, an anchorage of the first French East India Company. Passing along the Kerozen villas, Kerillon, Margaret, dating from the late 19th century, built on Kernevel in Larmor-Plage, we end our tour on the river Ter, along the city of sail "Eric Tabarly", which offers a discovery of offshore racing and ocean in the wake of the famous sailor. 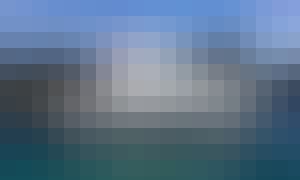