We take pride in offering one of the best Strahan cruise over the Gordon river. We offer a value-for-money cruise, designed to provide full enjoyment of your Tasmania Experience. Our Catamaran caters for groups of between 30 and 220 people. HERITAGE MORNING CRUISE - Includes buffet lunch Our Cruises on Gordon River highlights: - See some of Australia’s oldest convict ruins on Sarah Island, a settlement which pre-dates Port Arthur by decades. Created to put the 'fear of God' into the convicts of Van Diemen’s Land, this tiny outpost of 18th Century British penal history hides a fascinating tale of human triumph over adversity, brought vividly to life by expert guides; - Hear the intriguing story of Macquarie Harbour and its settlement; - Passage through Hells Gates the narrow entrance to Macquarie Harbour named by the convicts on their way to Sarah Island; - See high-tech aquaculture where hundreds of thousands of Tasmania’s famous Atlantic - Salmon and Ocean Trout are farmed; - Cruise past the majesty of the rugged mountain ranges in Tasmania’s World Heritage-listed South West Wilderness National Park; - Spend two hours in the serenity of the imposing Gordon River, complete with a stroll into the rainforest, which reclaimed the land after the last Great Ice Age. - Listen to our narrative, which brings the river and its rich history to life complete what is an unforgettable experience. - Enjoy a sumptuous buffet lunch freshly prepared on board - includes smoked salmon, cold meats, a selection of salads, fresh fruit, Tasmanian cheeses and local bakery bread. We truly offer the ultimate wilderness cruise experience. Price: valid to 30/9/2022 Adult: $135.00 Children: $69.00 Children (Ages 2 to 4): FREE Family Discount (2 Adults and up to 3 children): $310.00 For more information, please contact us.

Harry and his brother took their first paying passengers into the Gordon River more than 100 years ago. Five generations on, the Grinings continue their century-old family tradition, adding a wealth of local knowledge to the mystery and serenity of this special place. Settlers and pioneers The Grinings were among the settlers of the fledgling port of Strahan on Tasmaniars West Coast and pioneered tourist cruises into the mighty Gordon River in 1896 ndash beginning a family tradition which to date spans more than 100 years and five generations. European roots Charles was born in 1837 in Memel, Prussia (today known as lKlaipedar, Lithuania). He ran away to sea at the age of 11, becoming a cabin boy. After many years at sea he arrived in Australia, finding work around the mining fields of Victoria where he married an Irish lass, Mary Minnock. Mary was born in Kings County, Ireland, in 1841, in an area known today as Offlay. They were married in Daylesford, Victoria, and raised eight children. In 1872 the Grinings moved to Trial Harbour (then known as Remine) on Tasmaniars West Coast, where a ninth child was born. Charles and his two eldest sons worked the Heemskirk mineral fields for about eight years, but on the night of February 26, 1887, their lives were changed forever. A massive bushfire swept through the town, destroying everything in its path and driving the residents down to the sea for protection. With the family home destroyed, Charles decided to move his family to the new settlement of Strahan. After re-establishing in Strahan, Charles built one of the towns early hotels and became a sea-farer once more, this time building boats to ply the waters of Macquarie Harbour. He is remembered as one of the more influential businessmen of the period. Two of the Grining boys followed their father down to the sea Charles as a sailor and Harry as a boat builder who was to distinguish himself as a master of his craft, building, among other boats, many of the famous Gordon River punts used by the piners.

Price is for 1 adult per cruise 9am to 3pm in Mani deck centre seating including lunch. If you would like to privately charter the vessel, please message us for rates 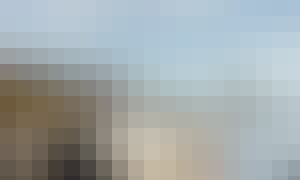