Enjoy Pinhão, Portugal by boat! Charter a 66' "Friendshp I" Power Mega Yacht for up to 12 people. Rates as low as €689 EUR for 2 hours. 1957 English boat, a 66-foot-long Wooden Yacht Classic, built on EF Elkins' now extinct shipyards in Christchurch, South England. It has a double hull made of mahogany from Honduras, riveted to copper, which gives it added value in both safety and value, propelled by two 308 HP GM engines. The Friendship I came out of a Royal Navy's request for two identical boats. We know that he was in the service of the English Navy and had as mission the transport of the Admirals, in their trips to the high seas for the exchange of officers in the Warships. The Friendship I had and still maintains the fundamental characteristics for this type of mission, which were the speed of navigation, security and autonomy. As it is an English Boat, the comfort could not fail to be a characteristic, since it was a Boat of the highest patents of the English Navy, the Pipadouro is proud to still have a Oporto Wine Decanter in crystal that is in the Bar since his first mission. During 2007, it was restored with the utmost care to maintain all its structural originality and a new system of safety, air conditioning and waste treatment was adapted, making this Classic of the 50s equipped with the best technology of the XXI century. This restoration had as Naval Shipyard the Navigator, considered one of the three best shipyards worldwide in the reconstruction of this class of ships. Price: - €689 EUR for 2 hours Price includes a glass of wine. Deposit: - €345 EUR

We are located in Pinhão, Portugal.

Full refund up to 15 days prior. 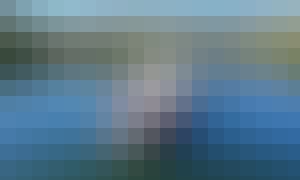