Enjoy a memorable fishing trip in Naples, Florida aboard 24 feet "Young & Knotty" Center Console for up to 4 people. Rate as low as $113 per hour (minimum of 4 hours). Our boat comes with ice, water, fuel, tackle, bait, and fishing licenses. Rates: • 4 hours: $450 • 6 hours: $550 • 8 hours: $750 Deposit: • $100 What To Expect Onboard: The Young 24 is a state-of-the-art, computer designed ultra high performance hull based on our signature “Reverse Sheer™” line. With a high bow, high free board and shallow draft, the Young 24 is ideally designed for both inshore waterways and offshore rough seas. The Young & Knotty, our custom built Young 24, is the ultimate Gulf Coast fishing machine! Equipped with an Evinrude 250 E-Tec, we get to the fish fast! Her deep V-hull is capable of running offshore, and her ultra-stable, 13 inch draft, is well suited for the shallow waters. She is also equipped with the latest Lowrance HDS electronics, featuring satellite weather and radio, as well as state-of-the- art side-imaging sonar. A GPS enabled Minn Kota trolling motor, and an 8ft Power-Pole anchor, also contribute to giving the angler an unfair advantage. Yeti coolers keep the drinks ice cold, and the fish fresh for the dinner table. Her dual station half-tower puts a whole new perspective to sight fishing, both on the flats and on the wrecks! Amenities • Lowrance HDS Gen 2 with Structure Scan • Power-Pole • Minn Kota I-Pilot • Yeti Coolers • Custom Tower with full controls • JL Audio Sound System with iPod • Sirius Satellite Weather and Radio If you have any questions, we can answer those through GetMyBoat’s messaging platform before you pay. Just hit, “Request to Book” and send us an inquiry for a custom offer.

Captain Shawn here! I specialize in light tackle, near shore and backwater, guided fishing charters around beautiful Naples, Marco Island, and the Ten Thousands of Islands. Artificial or live bait. Big rods to 6-pound test. Tailing Redfish on the flats, Snook in the past, Tarpon off the beaches, and 200 pound Goliath Grouper and trophy Permit on the wrecks. I do it all, and love it all! I’m a self-professed fishing addict!I’ve moved from Pennsylvania to Louisiana, to California, to Illinois, to New Jersey, to New York, to Ohio, to Texas, and now to Florida, and I cannot cure myself. I’ve even had moves within those moves and can’t shake this problem. There seems to always be some water, a rod, and reel nearby, and some fish of some species that need to be caught. I need some help, and perhaps some professional counseling!In all serious now, I have moved that many times in my life, and I have lived in that many places, but they were all due to growing up in a household with my Mother, my younger Sister and whose Father seemed like he was always a move ahead of us, a real“corporate gypsy”. This was tough growing up leaving friends behind, meeting new ones, learning the lay of the land, and the mentalities of the people. However, now looking back, I had opportunities that most kids never received. I caught my first fish, a Blue Cat, in the Mississippi, at three years old, and have been hooked since. I’ve caught Bass and Blue Gill in every golf course I could sneak onto, or anywhere I could drive any type of transportation too. I’ve trolled for Marlin in Maui, Dolphin in the Gulf stream, and Roosterfish in Costa Rica. I’ve caught “Bull” Reds and “Doormat” Flounder in the Carolinas, and Blues and Stripers on the Jersey Shore. I’ve fished for Walleye and Smallmouth in the Finger Lakes of New York and taught myself to cast a fly for Trout in the many small streams all throughout Pennsylvania and Delaware. I know it sounds like I’ve only fished my whole life, but I was also an avid downhill skier, and a fairly decent golfer all through high school until I hit college.I graduated from Alfred University in 1996 with a B.S. in Business Administration. My parents actually believed I majored in Fraternity. I even met my very loving and understanding wife there, even though we didn’t marry until 2008. I’ve had a few various jobs coming out of school, until I fell into, and was trapped by, the restaurant business while living in Ohio. I guess it was the social attitude of fraternity life that lured me. I didn’t see any room for serious advancement in my career there, hence, my move to the booming hospitality economy of Naples in 1999. I’ve been General Manager of several, well-known, restaurants in town, and even bought one with my family in 2003, only to sell before the economy collapsed. The hospitality business was great to me and met some wonderful people along the way, however, the long hours and late nights were paying its toll on family life, and we now have an unbelievable son to look out for. It was time for a career change!I had now been fishing the waters of Naples, Marco Island, Estero Bay, and the Ten Thousand Islands regularly for Snook, Redfish, Tarpon, Trout, Grouper, Snapper, Cobia, Permit, Sharks, and more since I’ve moved here. I’d even occasionally hit Pine Island Sound and make a yearly trip to the keys for the myriad of aquatic offerings. I had entered several local tournaments over the years and finished with better results each one. With some serious persuasion from some friends, and after fishing 5th in the Southern Back Water Series Redfish Tournament Grand Championships, and fishing 1st, 2nd, and 3rd, in a few charity tournaments the same year, I had the confidence in my fishing ability to take it to the public. I’m now a fully licensed and insured USCG Captain and have been guiding full time now for the past 6 years. I couldn’t have made a better decision to do what I truly love to do. Actually, I’m feeding my addiction every day now! I get the same enjoyment watching someone catch their first species, or that fish of a lifetime, as though I was on the rod myself. I love to share what I know with anyone, even fellow guides, and make it a point to learn something new every day. I take pride in the fact that I offer the best equipment available to my customers, as it is the same equipment I use personally. They always say, “Any day on the water is better than no day on the water at all”, and I’m blessed to have the ability share that with people from around the world now.Hope to see you all on the water! Tight lines and great fishing everyone!

Full refund up to 7 days prior.

Cancellation: Reservation for cancellations are only refundable with minimum 7 day notice or if the guided trip is to be canceled by the Captain, at his sole discretion, due to some safety concern, inclement weather, or other unforeseen un-fishable conditions. 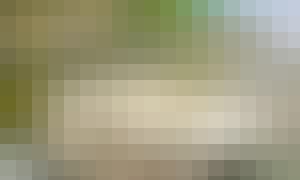 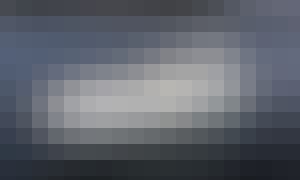 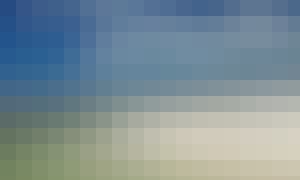 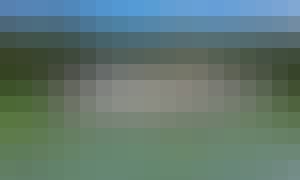 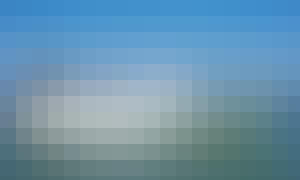