Come join the excitement of fishing in Marshfield, Massachusetts! Aboard 35 feet "Ashley Martha" Sportfisherman Yacht for up to 6 people. Rate as low as $210 per person (minimum of 6 persons). Our boat comes with all custom rods and reels. Rates: COD tips Offshore (Depart by 4 AM returns 3 PM) • $1,260.00 for six people Enjoy the Experience • $210.00 per person Combination Trips ( Depart by 4 am returns 3 pm) • $1,380.00 for six people • $230.00 per person Tuna Trips • $1,380.00 for six people • $230.00 per person Striped Bass & Blues (Depart by 5 am returns 3 pm) • $1,170.00 for six people • $195.00 per person Shark Fishing • $1,380 for 6 people (Depart by 5 AM returns 3 PM) • $230.00 per person What You Can Expect: Our combination trips are one of the most popular trips that we offer. For the hearty fisherman & serious sportsman, these trips will be just the ticket. Most of these trips consist of starting the day out either Shark or Tuna fishing in the morning and finishing up the day with Cod, Haddock, & Pollack fishing or some whale watching in the afternoon. We can mix and match these trips in any order you wish. These trips generally leave the dock around 4 a.m. and return at 3 p.m. The best time to schedule a combination trip such as these is July thru September. For the not so serious fishermen, couples or families combination trips are very versatile and can be mixed and matched to your specific needs or desires. One of our more popular trips consist of some Stripe Bass & Blue fishing along Race Point early in the morning along with some whale watching or Fluke fishing if desired and then for the afternoon we can take you into scenic Province Town one of the most historic and picturesque towns in Massachusetts & Cape Cod for a quaint lunch or some outstanding shopping in the local boutiques. Finishing up the day with a little more Bass fishing. These trips generally depart around 5 a.m. most of the time with a spectacular sunrise and return approximately 4 p.m. The best time to schedule one of these trips is from the middle of June thru September. Our Bluefin Tuna Fishery consists of both Giants greater than 73 inches in length and weights from 230 lbs. up to 1200 lbs. to School fish which are less than 73 inches and under 230 lbs. Giant Bluefin Tuna are by far one of the top 3 game fish in the world. With speeds in excess of 50 knots and trans-Atlantic travel exceeding 3,000 + miles in a matter of weeks, they are considered in a class by themselves. With the ability to change direction in the blink of an eye, and aerodynamically designed bodies that move through the water with the least amount of resistance, they are one of the most amazing fish to land with a rod & reel! The Striped Bass & Blue fishing in and around Cape Cod is nothing short of phenomenal. Stripe Bass generally start to show up around the beginning of June and stay until the first week in October. Bass & Blues are considered one of Massachusetts premier sports fish. Bass generally range in sizes up to 60 lbs. with the majority falling in the 20 to 40 lb. range. Bluefish pound for pound is one of the best game fish, especially when fought on light tackle. Both Bass & Blues make for excellent table food with Bluefish being preferred mostly on the grill. Most of our fishing is done trolling with a variety of rigs. Our Bass & Blue trips usually depart around 5 a.m. and will return at approximately 3 p.m. Bass are regulated with a landing limit varying from 1-2 fish per person per day depending on the regulations for that year at that time. Once our limit of Stripers is caught, all other Bass must be released. Prices will include everything except your food & drink and the tip for the Mate. All fishing tackle will be provided free of charge. Shark fishing trips in this area are truly spectacular! With the sharks ranging from Blue sharks, Threshers, Makos, Great Whites and Porbeagles with an occasional Tiger shark there is no shortage of variety. Our shark-fishing season generally starts to pick up around mid-July and goes through mid-October with August and September being the steadier producers. What To Expect Onboard: The F/V Ashley Martha a new custom 35’ Duffy & Duffy built in 2000 with a Caterpillar 3208 diesel. The Ashley Martha has a large cockpit with v-bunks forward, a microwave oven, full-size head, and a stereo system for “the tunes”. The electronics consists of Furuno Radar, Northstar GPS with Plotter, Loran, two VHF’s, CB Radio & Auto Pilot. We also own a 42 footer. Kevin himself built both this boat along with the 35 footer. Everything including timbers, to fuel tanks, decks and superstructures were designed and built by Kevin. This 42’ boat has all the amenities as well, including a large 26’ cockpit. Both boats are equipped with raised handrails for safety. These are the only boats in the fleet with this feature. Both of our boats pass rigorous Coast Guard Safety Inspections on an annual basis. We can accommodate up to six people per boat or for larger groups, we have multiple boats. What To Bring: • Food • Ice • Drinks • Rubber sole boots • Cooler to take your catch home with you • Camera If you have any questions, we can answer those through GetMyBoat’s messaging platform before you pay. Just hit, “Request to Book” and send us an inquiry for a custom offer.

Our Captain grew up along the waterfront and as most boys, started fishing and scuba diving at a very young age. He began as a mate at the age of 13 and by his 18th birthday, he became a Licensed Captain making him the youngest captain on the entire East Coast of the U.S. at the time. From that point on, he has been on the water 12 months a year-year in and year out. Fishing has been the only thing that Kevin has done since getting out of high school. During this time, he has gone on to catch every kind of fish that swims in local waters, from Great White sharks and Monster Makos to record size Cod. Kevin our Charter company has been over every inch of local waters and specializes in customer service and professionalism. With over 36+ years of experience, you can be assure 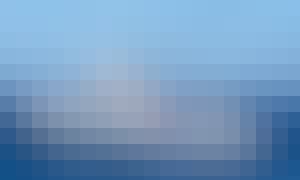 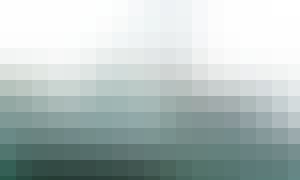 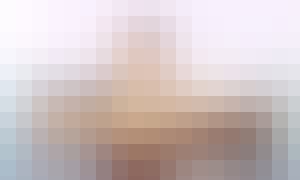 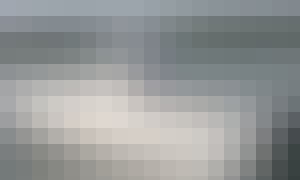 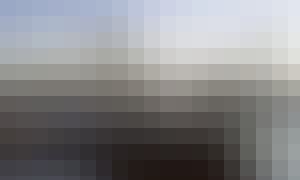