Fun Diving The North East Coast of Sri Lanka offers some outstanding diving on coral reefs, walls, drop-offs and wrecks. DIVE SITES Big Reef The name says it all… Just a 10 minute boat ride from the dive center Big Reef is a shallow beautiful garden of soft corals with low lying ridges running parallel it looks like a major train junction. Fraggle Rock Very close to the dive center Fraggle Rock can be seen peeking up above the surface. This large rock with its swim throughs and circling Moonfish/Silver Batfish is just a short boat ride away. Castle Wall Diving along a straight ridgeline of rock, you suddenly see a tall shadow looming ahead. As it comes into view, this rock structure gives the impression of a sunken castle or cathedral reaching towards the surface. Surrounded by big boulders the main tower is circled by different Snappers and Sweetlips. SS Ava Wreck This is an old steamship that sank circa 1858. Used as a mail/passage ship between China and India, it was carrying Gold and was being delivered to Trincomalee. It had some important British families on board who were escaping one of India’s first military revolts against British Rule. Swami Rock This is a popular dive site set below a cliff with its ancient Hindu Temple looming above. Local fisherman come here to thank the gods for their catch. The site itself houses many old Hindu statues; no one really knows how or why they are there and this adds to an interesting dive. Trinity Trinity is one of three-dive site situated to next to each other all linked by three pinnacles breaching the surface. This is a very colourful dive site starting close to a very large square shaped rock with swim throughs. The Canyon Stretching away from Trinity this canyon travels to another large rock looming in the distance, with coral growing either side, you will see fish traveling back and forth from one rock to the other. We’ve seen shark cruising around here occasionally and turtles from time to time. Twin Rocks This is a popular place to dive when visiting Swami Rock. We stop at two small rocks just above the surface. This has a large swim through between the two rocks. Often we can see the sun shining down from one side of the swim through and see the silhouette of big Snapper and Sweetlips. The Pyramid This rocky formation gives an impression of a Pyramid, not home to Egyptian Kings but Morey Eels, crustaceans, Scorpion Fish, Trumpet Fish, Puffer fish, Pyramid Boxfish, Cuttlefish and Nudibranchs. We have seen five different types of Morey here including the Giant Moray!! Jad Rocks This is a new dive site discovered and named after Jad who dived with us. We have only dived it once and need to explore it some more to find out what magic lies beneath. This is home to some of the largest Scorpion Fish we’ve ever seen and looks likely to be very interesting. Single Dive USD$35/Single Dive Six Dives USD$210/6 Dives Eight DivesUSD$250/8 Dives If you have any questions, we can answer those through GetMyBoat’s messaging platform before you pay. Just hit, “Request to Book” and send us an inquiry for a custom offer. 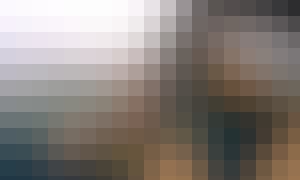 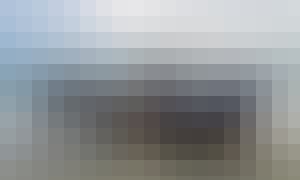 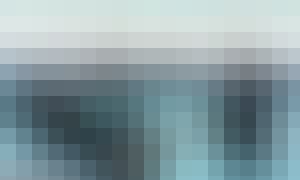 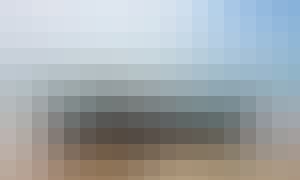 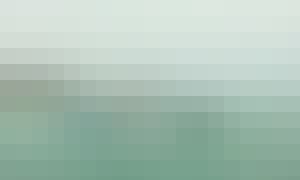