Go fishing in Tamarindo, Costa Rica aboard the 31 feet "Bachata" Bertram Sportfishing boat for up to 5 people. Rate as low as $219 per hour (minimum of 4 hours). Rates: • ½ day: $875 • ¾ day: $1075 • Full day: $1250 Deposit: • $300 Includes: • Bottled water • Soft drinks • Beer • Snacks • Fresh local fruit • Lunch (provided on full day charters) What You Can Expect: All charters depart at 7:15 a.m. aboard the "Bachata" • ½ charters return between 12:00 and 12:30 PM • ¾ day charters return at 2:30 PM • Full day charters return around 4:30 PM (recommended when targeting Billfish) • Witches Rock and Ollie’s Point Surf Charters upon request Tamarindo, Flamingo and their surrounding fishery are productive all year around, Period! Our waters are plentiful and teeming with game fish but like all fishing destinations in the world, we are susceptible to conditional changes that can help or hinder the bite. Please note that no matter the conditions we are most always able to find productive fishing grounds. We will work tirelessly to provide you and your guests a day full of action and enjoyment, even if it means running farther, turning the stereo up louder, changing up our original game plan, or targeting other species of fish offshore, near shore, or on the bottom What To Expect Onboard: Step aboard “The Bachata,” one of the finest examples of the iconic and highly sought after 31 Bertram. These boats have withstood the test of time and have become unquestionably one of the most prolific pieces of big game fishing legend and lore. Designed by Ray Hunt and Richard Bertram originally as an open-ocean race hull in the late 1960’s and later converted into the cruisers and sportfishing vessels you see today, these boats are considered to be incredibly ahead of their time and it is believed that almost 90% of the legendary “Moppies” still roam the world’s oceans today. The “Bachata” received a complete refit by Rybovich, one of the most recognized boat yards in the world. She was highly customized, received new Cummins Power, interior, electronics, and a new Bausch/American tower. This boat will impress the most discerning big game fisherman, as well as accommodate a family looking for an unforgettable day of blue-water action in the Tamarindo, Langosta, Flamingo and surrounding areas. Without question, he is one of the most meticulously maintained vessels in the area. Specification • LOA: 30’ft 7”in • Beam: 11’ft 2”in • Draft: 03’ft 1”in • Fuel: 222 U.S. Gal. Features • Twin 370 Cummins: Fast, Dependable, and Economical • USCG Approved Safety equipment with EPIRB • Two VHF Radios + Handheld +Cell Phone • Autopilot • Spacious Restroom • Air Conditioned Salon • Dinette with seating for four, converts to day bunk • Stereo with IPod / Android input • Comfortable V-Berth with plenty of room • Furuno NavNet 3D navigation suite with Radar • Murray Brothers Fighting Chair • Tower Release Triple-rigged outriggers with Teasers • Generator • Windlass • Flybridge with Palm Beach helm pod and single lever controls • Bausch-American Marlin Tower with full second Station Fishing Equipment • 4x Custom Stand-up rods featuring Shimano Tyrnos 30II reels • 2x Lamiglass Stand-up rods featuring Penn Torque reels • 1x Lamiglass Stand-up rod featuring Shimano Trinidad 50 reel • 1x Penn Bent-Butt Chair Rod featuring Penn International 80 VSW II reel • 2x Penn Spinfisher 7’ light/ medium action combos featuring Penn Spinfisher reels • 2x Teaser Rods featuring Penn Squall 50II reels • 2x Bridge mounted Shimano TLD 30 teaser reels • 1x Custom heavy action spinning outfit featuring DiawaSaltist 6500H Reel • 2x Stand-up Fighting belts + 1x “T” bar If you have any questions, we can answer those through GetMyBoat’s messaging platform before you pay. Just hit, “Request to Book” and send us an inquiry for a custom offer.

Captain Lee and his family boast 13 years of fishing experience in the local area. Lee is the only US Coast Guard Licensed Captain in the Tamarindo Sportfishing fleet as well as the only captain who has worked as a professional mate and skipper in the U.S. and abroad. Born and raised with a love for boats and a passion for fishing, coupled with Carolina and Florida roots, Captain Lee and his crew will work tirelessly to make sure your day on the water is both successful and enjoyable. You simply will not find a more meticulous, engaging, and fun loving captain in the business.

Frequently Asked Questions Cancellation Policy? • More than 1 week: Full payment or full reservation • 1 week: Full payment or 50% reservation • Less than 24 hours: No refund and full payment required Please note we have a 100% refund policy in regards to weather or mechanical issues. These are subject to the captain’s discretion only. All refunds are subject to transfer fees, etc. and will only be refunded in the manner in which they were received. Tipping Seasoned anglers know the drill but folks new to the sport do not. Tipping is customary and universal in our industry, 15-20% divided amongst the crew is standard but always tip as you see fit. Hard work should be rewarded. What if we have a large group or family; can you accommodate us? (Large families, weddings, business & incentive groups) Yes, we work with large groups all the time and can organize larger or multiple boats to accommodate you and your guests. Please note that we are more than happy to help you with all details in regards to your upcoming trip to the Tamarindo,Flamingo, Playa Langosta and the surrounding areas. Just ask! Is it safe? Yes, Tamarindo, Flamingo, Playa Langosta and Costa Rica in general are a very safe place. Petty theft can occur from time to time. If you leave something sitting around unattended or on the dashboard of your car, chances are it may not be there upon your return. You do not need to bring grandma’s wedding ring with you. Travel smart! What do we need to bring? You are welcome to bring anything that you deem necessary to make your day more enjoyable less illegal drugs and substances. What you do on your own time is of no concern to us; just don’t bring anything illegal onboard our vessel. • hat • sunscreen • long-sleeved shirt • music on bluetooth or wired auxiliary device • polarized sunglasses • good vibes, positive attitude and patience Meeting Location: •We meet on the beach about 100 yards south of the Tamarindo traffic circle, just south of the El Chiringuito Restaurant. 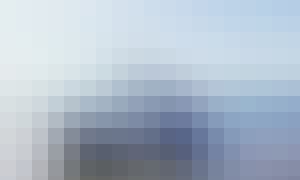 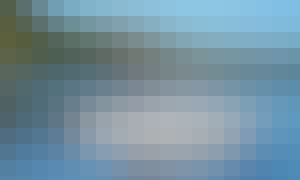 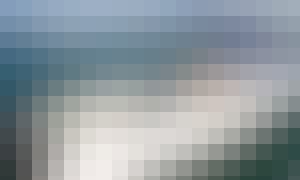 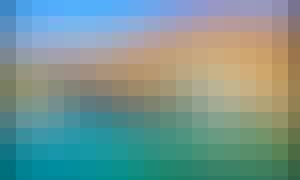 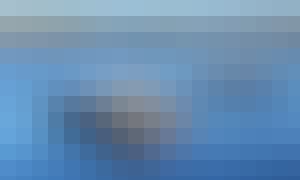