Enjoy Arcadia Township, Michigan onboard 31ft "Duster" Cuddy Cabin Fishing Charter for up to 6 person. Charter for as low as $125 per hour (minimum 4 hours). Rate: ● Half Day - $500 ● Full Day - $850 What You Can Expect: Built in 1880, Arcadia is one of Michigan's oldest port towns. Located in the most natural and pristine areas of Northern Michigan, as the gateway to Sleeping Bear Dunes, GolfArcadia's wooded bluffs & sandy beaches make for peaceful surroundings with spectacular views of Lake Michigan. Not only is Arcadia known for it's world class salmon fishery, but also for world class golf at Arcadia Bluffs Golf Club Captain Eric is U.S.C.G. licensed. The atmosphere on the "Duster" a 31ft Tiara is fun, enjoyable and relaxing. Special accommodations can be made for larger groups that require multiple boats. What To Expect Onboard April- May With the ice out Spring time in Arcadia means its fishing time. Trophy King SalmonApril and May we catch brown trout, chinook, steelhead. Lake Trout season on Lake Michigan opens May 1. June-July In June thru mid July to surface fish for steelhead. these silver torpedos are located in thermal bars that form a "scum line" due to warming water on the surface. The "scum line" is made up of terrestrial and rich fertile floating plant matter which make for a perfect snack for steelhead. The action can be fast. Doubles and triples are common.  July-September King Salmon, Mid July into September finds us trolling in depths of 50-200 feet in search of trophy King and coho salmon.  October is when there is a temperature transition due to the change to a Fall season. Steelhead move into the waters just off our harbors and there is good fishing for coho & chinook salmon. 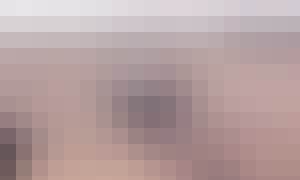