36ft Gaff Yawl Sailing at its Best on Lyttelton Harbour

Enjoy Lyttelton Harbour by boat. Charter a 36ft Gaff Yawl "The Oyster" for up to 8 people. Rates as low as $250 NZD for 2 hours. Rates: Romantic Evening Cruise - Price $250 NZD Per trip - Max People 6 + skipper - Duration Two hours   Half Day Sailing Trip - Price $299 Per trip - Max People 7 - Duration Three hours   Full Day Sailing Adventure - Price $599 NZD Per trip - Max People 6 - Duration Full Day   Lyttelton Harbour Lyttelton Harbour is a beautiful scenic harbour located right beside the city of Christchurch. It offers the visitor spectacular scenery, a fascinating Maori and European history and an abundance of recreational opportunities. Lyttelton Harbour is the northern of two sea inlets on Banks Peninsula, the one prominent feature on the coast of Canterbury, New Zealand. Banks Peninsula was once a volcanic island and Lyttelton Harbour the sea-filled crater of a volcano that erupted 11 million years ago. The Harbour runs westwards for eight miles from between two imposing headlands, Godley Head on the northern side of the harbour and Adderley Head on the southern side. At the entrance, Lyttelton Harbour is almost a mile and a quarter and beyond the township of Lyttelton, it opens out into three wide and shallow bays. In the middle of the Harbour lie three fascinating islands – Quail, Ripapa and King Billy. During your trip with us, you will get an opportunity to see the many sights of Lyttelton Harbour, we are sure you will love it. About the Boat - The Oyster Oyster is one of the oldest boats on the New Zealand Survey - You'll be sailing a piece of kiwi history when you sail on the Oyster.   She was built in Auckland in 1902 by a young boat builder, Charles Bailey Jr. Commissioned by John Glasgow. Oyster is based on the design of a first-class winning boat of 1899, and won many round the bay races in the Nelson & Tasman Bay area. Oyster is 31.5ft long (9.9m) and is built partially out of Kauki and Pohutukawa, a New Zealand native tree which grows along the coast. Oyster was launched complete in Nelson on New Year’s Day in 1903 after traveling from Auckland on board the coaster SS Rawara, a Northern Steam Ship Company vessel. The final cost of construction including the sails and delivery to Nelson was £275. Originally, Oyster was wheel-steered and had neither navigation lights nor an engine. In 1906, Glasgow installed a small Seal inboard engine which, seven years later, he upgraded to a Scripps 4.5hp heavy duty, single-cylinder engine. In 1924, Oyster was sold to Nigel Blair of Wellington and changed hands three more times and was renamed Ariki before she was finally bought in 1937 by Ralph Millman, also of Wellington. A few alterations were made according to plans drawn by a well known Wellington yacht designer. Late in 1955, Ariki was brought back to Nelson in very poor condition. She was rebuilt in Nelson by Dennis Win who amongst other things, fitted her with a new 42ft (19m) mast. The 8hp Morris Vedette petrol engine was replaced by a 9hp Victor Club diesel and the name was reverted back to Oyster as it was still carved into the transom. Oyster became a very successful racing yacht and won many races including the New Year’s Day race at Kaiteriteri three years in a row.  In 1977, she was bought by Dick Young who, after two years of work, finally restored her to her original rigging, undoing the alterations which had taken place in Oyster’s long history. The old engine was once again replaced by a Solé 10hp diesel and she was once again sold to Dick’s son, Rob who meticulously maintained her both for his own pleasure and for the use of the Nelson Sea Cadets. In September 1998, she caught the eye of Mike Rossouw who the following year bought her and with the help of two friends, sailed her down the coast to Lyttelton. After receiving her Survey Certificate from the Maritime Safety Authority, Oyster was ready for her new role as a charter yacht in January 2000, certified to carry six passengers and a skipper. What to Bring - Sun Protection- Sunglasses - Suncream / Sunblock - Warm Clothing- Windbreaker / Jersey / Woolly Hat - Polypropylene should be worn against the skin if you feel the cold - Over trousers - Gloves in winter - Protective, non-marking footwear- Soft soled shoes - Food & Drink - Camera

In January 1964 Mike ran away to sea and joined the Royal New Zealand Navy, serving for two years as Ordinary Seaman. Mike's big break in life came in 1965, when Mike travelled overseas. First stop was in South Africa, working on steam tugs out of Port Elizabeth for one year. From there, Mike secured a berth on the Southern Cross, travelling to England, as an Efficient Deck Hand. Mike spent the next five years shipping out of Southampton on many different ships, from coasters to ocean liners. Some of the ships that Mike sailed on were Pendennis Castle, Pretoria Castle, Good Hope Castle, Richmond Castle, SA Oranje, MV Chuscal, MV Dragon, SS Golfito and MV Ardglen. Mike returned to New Zealand and worked out of New Plymouth on a vessel called “Ngamoto”for about three years. Once Mike moved to Christchurch in 1989 Mike became involved with the Spirit of Adventure trust and their sailing ships Spirit Of New Zealand (pictured bottom right) and Spirit Of Adventure – this association lasted till now. In 1970 Mike passed his Able Seaman’s Ticket and in 1991 gained his Coastal Skippers Ticket, which allowed him to sail as Second Mate on coastal trips.

Cancellations Weather Conditions Each journey that we take on the Oyster will vary depending on wind and general weather conditions. For your comfort, Oyster will only operate in moderate weather – if the weather is too wet or windy, a cancellation policy applies: - Where possible we will try to re-schedule on your next choice of day or mutually agreeable time. - If you are unable to reschedule, and your trip was cancelled due to weather than you may have a refund in full for your trip.   Cancellations & No Shows - Bookings are accepted with payment in full. - If you cancel up to 7 days before your trip, then you may be refunded the total less a $50 booking fee. - There are no refunds for cancellations sooner than 7 days from the date of your trip.   - You are welcome to transfer your booking to another party if you wish. 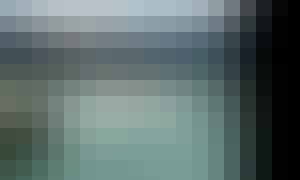