Boater's Guide to Prevent the Spread of Aquatic Nuisance Species

How to Trailer a Boat 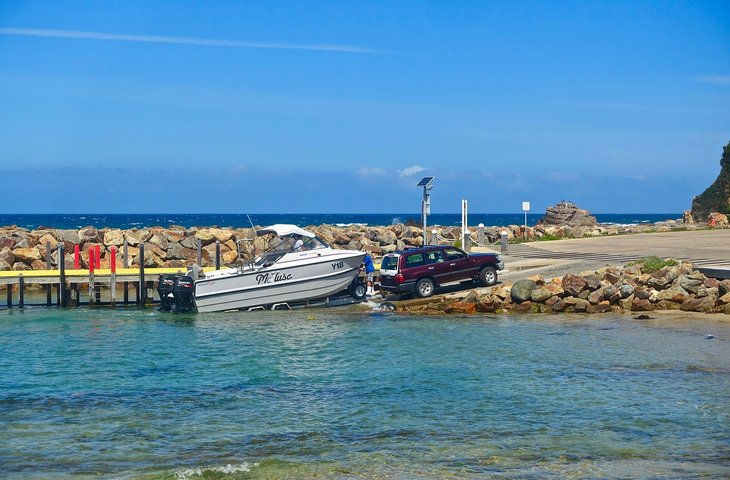 How To Launch Your Boat 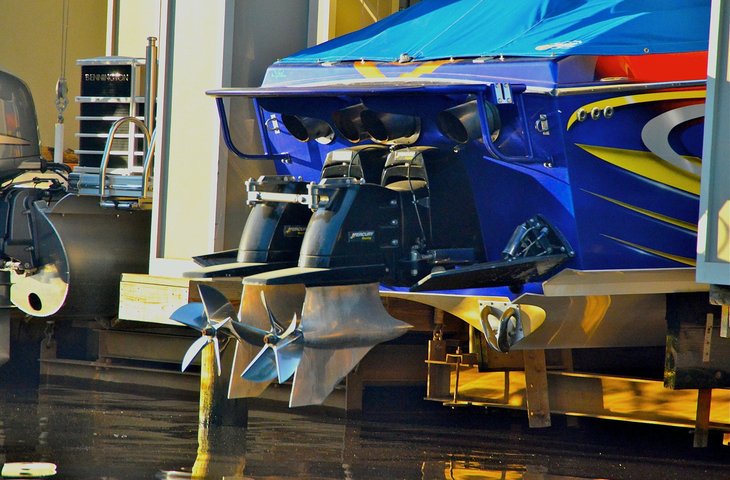 Aquatic Nuisance Species (also known as invasive, or by the acronym ANS) issues are of paramount importance to boat owners and charterers in all regions of the country and types of water bodies of the United States.

For example, Great Lakes recreational power boaters and sail boaters with auxiliary engines have had to deal with zebra mussel growth on the parts of outboard engines, inboard engine lower units, or through-hull openings that are submerged. Without regular inspection and a freshwater rinse after every voyage, the mussels totally clog engine water intake/outflow ports and create a serious problem. Because of the lack of cooling water running through the engine, the engine will eventually seize, which, in most cases, requires replacement of the entire engine, or at least the lower unit. In a similar fashion, if not tightly sealed, through-hull connections can become pathways for the mussels to infiltrate the hull and actually grow inside the boat. Zebra and quagga mussels attach themselves to engines and hulls very strongly — some boaters have compared attempts to remove ANS growth to chipping concrete!

The two easiest ways to prevent ANS growth on hulls and engines is to do a thorough freshwater hull and engine rinse after every voyage. The other is to make sure that the boat’s bottom paint is designed to retard ANS growth.

To control ANS, under certain situations, some environmental protection agencies now require an inspection of recreational boats for the presence of aquatic nuisance species before launching in waters controlled by the state or province. For example, boats registered in another state must undergo an inspection if boating in Colorado waters.

Large, transoceanic cargo vessels represent the single biggest pathway for ANS entry into US waters, particularly when discharging ballast water containing ANS or through ANS attached to their hulls. Invasive species can also spread by hitchhiking on recreational boats, trailers, fenders, anchors, lower engine units, clothing, or other items used in water. ANS can stay with boats of any size when moving from one body of water to another and if conditions are right, spread easily and gradually crowd out indigenous (native) species.

Common pathways of ANS introduction include:

The two most common invasive species in North America are the zebra and quagga mussel, both of which are native to Europe and Asia. These two freshwater bivalve mollusks are similar in size and appearance and pose a significant threat to US freshwater bodies. When healthy, they attach to hard substrates, much like marine (saltwater) mussels, but unlike native freshwater bivalves, the often grow in clusters. Zebra and quagga mussels were first discovered in the US in 1988, in Lake St. Clair near Detroit, likely the result of a commercial vessel performing ballast water flushing. Since then, the spread of zebra and quagga mussels has been largely unchecked throughout the Great Lakes and Mississippi River basins and the St. Lawrence Seaway; they have also been discovered in the Arkansas River and the Lower Colorado River.

ANS, which affect US freshwater bodies across the country, also include crustacean, mollusk, plant, and fish species, such as the rusty crayfish, spiny water flea, Japanese shore crab, New Zealand mud snail, Asian clam, Eurasian water milfoil, hydrilla, water hyacinth, purple loosestrife, water chestnut, sea lamprey, ruffe, round goby, and common carp. Invasive species have few predators, and as such, out-compete native marine species for food and space, which gradually leads to a reduction of indigenous species, especially game fish. Invasive species cause an overgrowth of indigenous and beneficial subsurface aquatic vegetation, which makes inland lakes and rivers unsuitable for boating and fishing. Invasive plant and mussel species can ruin engines by wrapping around propellers or attaching to hulls, trailers, and other boat equipment, creating the need for expensive repairs.

Since the late 1980s, government agencies and special interest groups have sponsored scores of research and programs to combat ANS. Despite policies, programs, and statutes designed to solve the problem, endeavors have not adequately dealt with ANS, which continues to spread to new waters, notwithstanding expensive eradication, awareness, and education efforts.

To one degree or another, invasive species have created the following situations:

Boat owners and charterers, particularly those who trailer vessels or whose trips involve both salt and freshwater voyages can help prevent the introduction and spread of invasive species by following these tips:

The US Army Corps of Engineers, US Geological Survey, NOAA, and almost all states have websites that provide information about the range of ANS issues. These sites are excellent resources for topics including identification, affected water bodies, history, biology, distribution, impacts, monitoring, management, and control.

Add one more hat to the many that boat owners or charterers must wear to be conscientious and responsible recreational boaters: that of an ecologist. Understanding how invasive species cause damage to US waterways and following the simple suggestions mentioned above will help to preserve the ecosystems that provide hours of relaxation and enjoyment on our waterways.