Enjoy Varanasi, Uttar Pradesh by boat! Charter a traditional boat for up to 12 people. Rates as low as 800 INR per hour. Charter: - Subah-e-Banaras: Subah-e-Banaras means the mornings of Banaras. Banaras is never ever as beautiful as over the dawn. The old buildings, ashrams, and places along the riverside look as colorful as rainbow when the sunlight hits them. People talking bath, performing rituals, worshiping to the Sun, washing clothes… it all happens in the Subah-e-Banaras. We start the boat from Assi Ghat (the southern ghat) and go all the way to Manikarnika Ghat (the biggest cremation ground of Banaras) and then end the tour back at Assi Ghat. This boat tour is combination of a boat ride and a walking tour of the southern part of the old city to explore the cultural diversity of Varanasi along with the oldest alive site in the whole Varanasi and an Akhada (traditional wrestling ground). - Ganga Aarti: Aarti is a Hindu religious ritual of worship, a form of puja, in which light from [varanasi_aarti_4] wicks soaked in ghee (purified butter) or camphor is offered to one or more deities. On a regular basis rituals are offered five times a day with the evening aarti being the final ritual of the day when thousands of locals and pilgrims gather together to offer their prayers to the Mother Ganges. The evening boat ride also includes a visit to the cremation ground at Manikarnika Ghat because evenings are the best time to visit the cremation ground as it is the busiest time of the day. - Kashi Yatra : Kashi is the oldest name of Banaras. This is the word used in V [kashi-along] edas and other old sacred Hindu texts. Kashi was founded near to Adi Keshav Ghat ( the northern end of the city) around 5000 years ago. The southern end of the old Kashi is believed to be Assi Ghat which is around 400 years old. This boat ride will take you to a journey of Kashi dating back from the 16th century to 3000 BCE. This is the longest boat ride we have and it takes about 4 to 5 hours, depending on the current of the river, to go there and come back. - Maharaja Boat Ride: T [ramnagarfortvns] he palace of King of Banaras is situated at another side of the river. The palace is still the residence of the royal family of Varanasi. Ramnagar is famous as the birthplace of Mr. Lal Bahadur Shastri, the second prime minister of India. The Ramlila (a yearly dramatic folk re-enactment of the life of Lord Ram) organized in Ramnagar is a world-famous event for its unique and traditional concept and style. This boat ride consist a tour of the palace, a little walk around the fort area in the market and a 200 years old Durga temple which is 10 minutes rickshaw ride from the palace Price: - 800 INR - 1 hour

We are located in Varanasi, Uttar Pradesh. Enjoy your holy day with beautiful morning and evening boat ride in very low price.

Full refund up to 1 day prior. 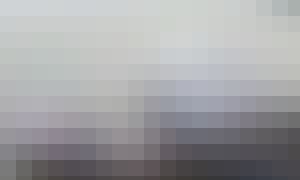 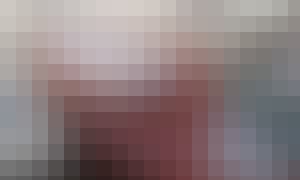