“Riga by Canal” is a water tourism and tour project located in the centre of the capital of Latvia. The offered route consists of sightseeing spots in Old Riga, as well as on the left bank of the River Daugava, thus giving the opportunity to see the city from a different point of view. When the idea and possibility of going around the Riga Canal and the River Daugava emerged, a search for a boat began. The author of the projects’ idea accidentally got a hold of an old postcard with a boat that was visually suitable for use in Riga: with a roof, closed part and an open part. The wooden fleet enthusiast Zigmārs Spunde found a similar boat on the Internet – it was the DARLING, located in Stockholm. When looking at the boat in Stockholm it was clear that it was going to be transported to Riga without knowing whether it will fit under the low bridges of the Riga Canal. The previous owner of the boat was Lars Anderson, son of Stig Anderson, producer of the legendary Swedish band ABBA. Members of ABBA had relaxed on DARLING and had taken rides with it on Swedish waters. On 4 April 2007 DARLING was brought to Riga by ferry and was registered. The first rides on the Riga Canal and the River Daugava could be organised. The boat DARLING is built in 1907 at the Engelbrecht Yacht Plant in Berlin, Germany. Power: 1 X 36.8. Speed: 20 knots. 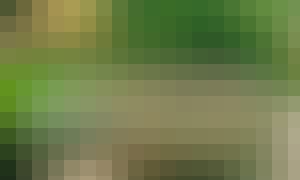