Dive the world famous Aliwal Shoal with our expert team!

Experience the extreme thrill of shark diving in KwaZulu-Natal, South Africa. Book this exciting Baited shark dives for as low as $1,599 ZAR per person. Rates: • Reef and wreck dives: R599 ZAR  per person • Baited shark dives: R1,599 ZAR per person • Shark cage: R999 ZAR per person What You Can Expect: Wreck Diving Aliwal Shoal has three stunning wrecks. Two of them are within the PADI advanced limits. We organize trips to the wrecks on demand and when the conditions are favorable. SS Nebo – 1884 The British steamer SS Nebo was the first ship to fall victim to the shallow pinnacles of Aliwal Shoal. She sank quickly and lay quietly at rest for almost a century before she was first dived. The wreck is closer inshore than the reef and subject to poor visibility from river runoff, especially in the summer months. As it is relatively small, this dive is best avoided in strong current. If you want to experience an incredible wreck dive, this is truly worthwhile provided the conditions are suitable. MV Produce – 1974 The Captain of this ship was said to have been ‘taking a nap’ when his ship ill-fated rammed into the Shoal. The crew had less than 15 minutes to abandon ship before she capsized and began to sink. Today she is the most popular and regularly dived wreck on the KwaZulu-Natal coast. A day with little current and good visibility on this wreck is magnificent. She lies less than 1 km to the northwest of Aliwal Shoal, on her starboard (right) side, facing north, in about 32 meters of water. She rises up to within 14 meters of the surface and covers a length of over 100 meters. Her back is broken, leaving her midship flat and scattered. Her bow and stern have, however, remained remarkably intact. Although a fairly large wreck, it is possible to navigate between the bow and stern on one dive. The Griqualand – 1970 This was a large 499-ton coastal steamer owned by Green R Line. She left Durban on the evening of 13th November 1970 bound for Port Elizabeth with a cargo of chemicals including bitumen, liquid chlorine, and calcium hypochlorite. Shortly after sailing from Durban a fire started in her forward holds and blazed for nearly 12 hours. Despite heroic efforts from the crew as well as the tug J.D. White and salvage vessel Statesman, the Griqualand was finally declared a menace to shipping and was sunk by Royal Navy frigate H.M.S. Dido at approximately 16h00 on 14 November 1970. There are an abundance of daga salmon, brindle bass, and large sharks at this dive site. Access to the wreck is by boat, and an experienced skipper is essential. There is normally a light current, but occasionally the current is strong enough to prohibit scuba diving. Baited Shark Diving Let The Adventure Begin! A baited shark dive on the Aliwal Shoal offers an exceptional opportunity to dive alongside oceanic blacktip sharks while they hunt for pieces of sardine. These active predators do not see us as a prey item, and will swim within centimetres of you without attempting to bite. Thett are also accustom to seeing our dive master faces every day and accept our presence in the water without reservation. We set up two bait drums on each shark dive. One is set high up in the water column that attracts the smaller oceanic blacktip sharks, and the second drum is set much deeper to attract larger sharks such as tiger and bull sharks. The dive/snorkel with sharks lasts approximately 60 minutes in the water, during which time we may see as many as 50 sharks. Divers have the opportunity to level off in the water column or make use of an underwater swing. We recommend that you bring sea-sickness tablets, your swim gear and underwater camera! This is a true bucketlist activity for young and old. Contact us if you have any questions or would like participate. If youre afriad of shark and want to observe from the boat, we can organise that for you as well. Cage Shark Diving Divers & Non-Divers Qualify Are you ready for the most exciting experience of your life? Dive with sharks in our stainless steel cage. Because the cage floats at the surface next to the boat, you do not need to be a qualified diver to take part. We brief you about the conditions and procedures first so that everyone knows the drill. Once the boat is launched we head out to Aliwal Shoal, where we use sardine oil to attract the sharks to the cage. All equipment will be supplied for the cage dive. Shark Attraction We have two sealed bait drums, one that attracts smaller sharks (like the blacktip shark) and another to bring in larger species (like the tiger shark). We spend a minimum of 60 minutes in the cage, during which time we may see as many as 50 sharks in their natural habitat. Before the dive, we will give a full briefing to help you understand the sharks’ behavior and how to interact with them safely. To date, Aliwal Shoal Scuba has perfect safety track record. If you have any questions, we can answer those through GetMyBoat’s messaging platform before you pay. Just hit, “Request to Book” and send us an inquiry for a custom offer.

Dive Aliwal Shoal, one of the top 10 diving destinations in the world. Dive with sharks - Tiger sharks, Bull Sharks, Hammerheads, Ragged Tooth Sharks, Oceanic Black Tip Sharks, White Tip Sharks, even the odd Thresher Shark and Great White make their appearance here. We are located south of Durban in Umkomaas, South Africa since 1985 and we are the First PADI Scuba Diving Resort in South Africa. We have all the amenities needed to make your stay a memorable one and we strive to create a friendly, family environment. We have unparalleled Shark diving and beautiful, diverse reef life as well as wreck diving on the world famous Aliwal Shoal.

Our pricing structure is as follows: R599 per reef and wreck dive R1599 per baited shark dive R999 per shark cage R399 per day for full gear rental Contact us for individual diving packages and the annual Sardine Run packages 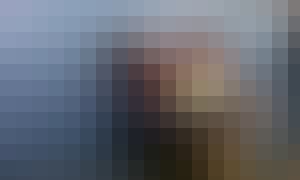 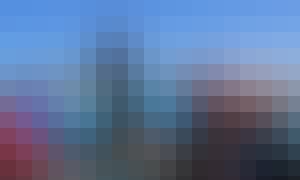 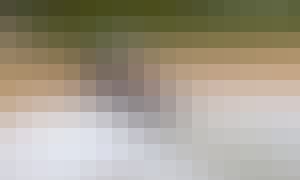 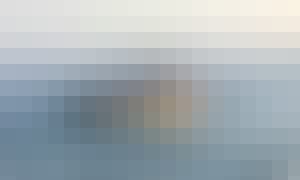 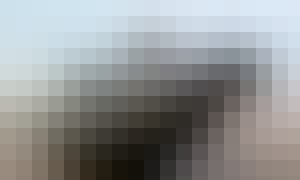