South America's Golden Dorado is a rare game fish known for its unique beauty, ferocious fighting, explosive runs and tarpon-like acrobatics. Though the fish has been famous among South American anglers for quite some time, very few outsiders had even heard of the Golden Dorado - let alone fished for them. In the last 10 years, however, the Dorado's reputation as one of the world's best freshwater fighters went global. Today, adventurous anglers from around the world are flocking to South America in pursuit of this magnificent game fish. The Salta Fishing Experience > Fish unspoiled clear-water mountain rivers and streams. The lack of pressure has helped maintain healthy fish populations and consistent fishing. > Fly fishing is the norm, but bait casting and spinning are options. > No need to sacrifice quantity for quality. Anglers at Chacu Lodge average 10 to 15 hooks per fishing day and adult Golden Dorado range between 15 to 25lbs. > Golden Dorado are sensitive to temperature changes, preferring warmer and temperate waters. > We can fish year-round for Golden Dorado, it is best from March to June and from mid August to December. We do not recommend fishing during the coldest and hottest months of the year. > Enjoy Argentina’s Premier Cast & Blast Program – high-volume dove hunting can be added to the mix anytime and pigeons can be added in the months of May, August, September and October. Rates: Feb-May / Sept-Nov Salta Fishing ............................................. $750/day Includes: Professional Guide, Salta lodging, gourmet meals, open bar, fishing license, local airport/lodge land transfers, US-based travel support. If you have any questions, we can answer those through GetMyBoat’s messaging platform before you pay. Just hit, “Request to Book” and send us an inquiry for a custom offer.

Nicknamed "The Dean of Dove Shooting" in Bolivia, Jorge has guided and hosted thousands of US and international sportsmen on hunting and fishing trips over the last 20 years. He has vast experience as a competitive shooter - 14 World Championships - 2 Olympic Games - 4 Pan American Games - South American Championships - Caribbean Championships. Jorge has dedicated his life to sharing his passion for shotgunning and all things outdoors with priviledged visitors from around the world. Karin Piper Karin is Jorge's wife and co-owner of Bolivian Adventures. She is a highly trained chef, serving guests refined continental and local cuisine. It has been said that "Karin's cooking is five-star with a loving homemade touch." Jorge Jr Jorge Jr. has worked with the company in a variety of capacities over the years. After receiving his college education in the US, he returned to Bolivia to work full time with Jorge Sr. and Karin. Francisco is the company's logistics manager and Santa Cruz connection. Francisco assists visitors with hotels, tours, transfers, restaunrantts and at the airport. He is the ultimate Santa Cruz guide and offers tremendous support to the Bolivian Adventures team. Field Staff House Staff. Many of our field and house staff members have been with us for years. We pride ourselves on customer service, hard work and showing guests a great time. Our entire staff taked great care to make sure your stay with us exceeds your expectations. 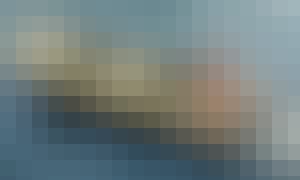