Explore the Douro in a private boat and have access to a unique and memorable experience. Discover all the secrets of the Douro and feel the Douro in a unique way. Book this 2 Hours Boat Cruise now! Starting from €395 per day! Rates: • Full Day: €395 What You Can Expect: The walk between bridges is an almost obligatory experience for those who visit Porto. During this 2-hour cruise, you can enjoy the wonderful views over the historic centers of the cities, Porto and Gaia, and contemplate the world-renowned architecture of the bridges that connect these two cities. Get to know the most stunning places along the way, through our skipper with a remarkable knowledge of the Douro narrative and its entire surrounding area. Let yourself be enveloped by the history of a city considered World Heritage, and it continues to delight those who visit it. Undoubtedly one of the Douro cruises not to be missed. • Departure and Arrival: Douro Marina • Time to go: 9.00, 11.30, 14.00, 16.30 • Includes: Boat trips on an exclusive basis, crew tourist guide, safe and 1 bottle of sparkling wine or white wine and tapas • Does not include: Meal Itinerary Departure from Douro Marina • Arrábida Bridge The Arrábida bridge is an arch bridge over the Douro River, which connects the banks of the city of Oporto on the banks of Vila Nova de Gaia. This work was designed by Edgar Cardoso and its inauguration took place in 1963, it had the largest reinforced concrete arch of any bridge in the world and reaches 70 meters above the average level of the waters. It was a work entirely conceived, designed and built by Portuguese technicians and companies, elevating the national architecture, at a prominent level throughout the world. It is currently classified as a national monument. • Ponte D. Luís I Built as an offering to King Louis I, it was baptized as D. Luis I Bridge, in his honor, however, the legend says that since on the date of its inauguration in 1886, the king did not attend, the local population renamed the bridge , being only Ponte Luís I. The engineer responsible was Theophile Seyrig and the works began in 1881 and they were rolled until 1887. This work is totally constructed in iron, transmits confidence and grandeur. It is included in the zone classified as World Heritage by Unesco since 1996 • Bridge of Infante This work was named in honor of Infante D. Henrique, and is the most recent bridge, inaugurated in 2003, connecting the cities of Porto and Gaia, more concretely, the Fontaínhas to the Serra do Pilar. The eng. responsible for this work was José António Fernandez Ordonez, having been designed by Adão da Fonseca and Francisco Milanes Mato. This bridge stands out as being the most elegant as it is the longest arch bridge with only one board (top) in the world. • Bridge D.Maria Pia This bridge was inaugurated on November 4, 1877 and was closed on June 24, 1991, being deactivated since then, and having been replaced by the S. João bridge. It is considered as one of the greatest masterpieces executed by the engineer Gustave Eiffel. It is the iron bridge that connects Porto and Vila Nova de Gaia, marking the arrival of the railroad to Invicta. It was the first railway bridges with trays supported by large metal arches. It had the largest iron arch in the world. The first train to cross the bridge would have 24 carriages and about 1200 people on board. It is classified as a national monument and is the only Portuguese monument that is part of the list of major engineering works of the American Society of Engineering (ASCE). • Ponte de S. João The S. João bridge is one of the most recent bridges connecting the banks of the cities of Porto and Gaia. It is a railway structure, built to replace the already century-old Ponte D. Maria. It was inaugurated on the day of the saint who baptizes it, June 24, 1991. With the project of Prof. Edgar Cardoso, this bridge connects the station of Campanhã, in Porto, to all destinations towards the South. Unlike the other bridges built, Ponte de São João is not in arch but in continuous multiple portico, vertical pillars, with 3 spans resting on 2 pillars on the river bed. This structure is considered, by its dimensions and its forms, as the most important in the scope of the new generation of railway bridges in the national territory, built in reinforced concrete and prestressed. • Freixo Bridge The bridge located more upstream of all the others, in the extreme of the city, is the author of the Prof. António Reis and Eng. Daniel de Sousa, was inaugurated in September 1995. The main objective of this bridge was to minimize traffic congestion in the Arrábida and D. Luís I bridges, which have been particularly notable since the late 1980s. It is a concrete bridge, consisting of 2 bridges separated by 10 cm from each other along its length of 750 meters. Arrival at Douro Marina If you have any questions, we can answer those through GetMyBoat’s messaging platform before you pay. Just hit, “Request to Book” and send us an inquiry for a custom offer.

Our company intends to make known to the world the cultural and landscape richness that surrounds the banks of the River Douro, in a variety of ways and with programs designed to reflect their interests. Through a river cruise you can discover every secret kept in the history of this mystical river, which represents more than a place, more than a tourist destination. Douro is the soul of the city of Porto, the road that takes you to the most hidden and splendid places of Nature. The river that bathes the banks full of vineyards with a unique beauty, that provides unforgettable moments. Douro, where the air you breathe is lighter, where the breeze is inspiring and refreshing. Where everything can be experienced, from a romantic trip, to an experience with the various flavors and aromas that come from a glass of wine savored to the relaxing rhythm of this region. We takes you to discover all this magic. You can navigate and explore the waters that will lead you to have a story to tell, moments to remember, to repeat! Get into the spirit, get involved in the secrets of the Douro and get to know the passionate landscape in a unique and thoughtful trip for you. Be part of this experience, fall in love with the Douro!

1 photo has been added by reviewers who booked this listing.

Full refund up to 14 days prior. 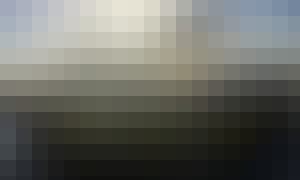 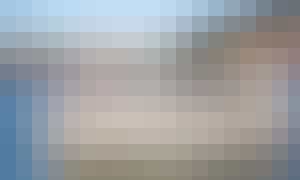 Charter the Greenline 40 Motor Yacht for 12 People in Porto, Portugal 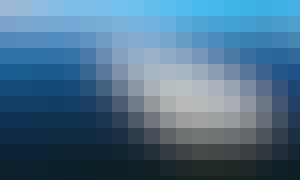 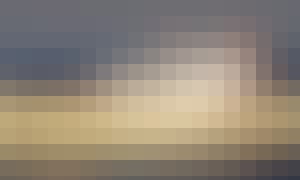 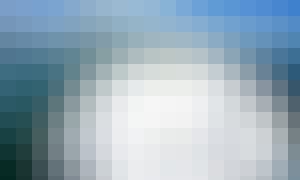 Sleep Aboard experience in Porto, Portugal