Get ready for a once in a lifetime fishing charter where you have the chance to catch numerous types of fish. The Luhrs 36 ft Open has a capacity of up to 10 anglers is chartered with a captain and includes bait and tackle for your convenience. Rates as low as $260 USD per hour with a referred minimum rental of 5 hours. Rates: • $260 USD per hour (5 hours minimum) Rates Include: • Rent of the Board • Captain • Complete fishing gear with lures • Yeti Coolers filled with Coca Cola, Fanta Orange Soda, Cold Water and Beers What You Can Expect: To start-off, we specializes in sport fishing in both in-shore fishing and deep-sea fishing. Included in all fishing trips are complete fishing gear with lures, Yeti Coolers filled with Coca Cola, Fanta Orange Soda, Cold Water and Beers. We offer primarily three different styles of boats for sport fishing. The luxury Pastora 27 foot center-console panga boat 1 & 2 dual 60hp engines or the luxury Pastora center-console panga boat 3 & 4 single 150hp engines (used mostly for surfing trips), all four luxury Pastora panga boats are 27-foot center-console six passenger boats offered at $485 for half day fishing or $970 for full day of fishing. The third boat that is available is the Pastora Yacht, which is a Luhrs 36’ open boat equipped with twin 350 horsepower engines with max capacity of ten passengers, offered for $1300 for half day of fishing and $2,400 for full day of fishing. Nicaragua, as you might know has two seasons, the dry season from late November to early May, and the rainy season from late May to early November. During December the dry season period, abundant small size fish to mid size fish are caught just three to five miles from shore, fish like the Sierra Mackerel 4lbs to 7lbs, the Skipjack 6lbs to 8lbs, and Barracuda 5lbs to 15lbs, and the White/Black Tuna 4lbs to 8lbs are caught as well. To catch the larger fish the boats do have to travel further out to sea because of the colder waters which pull the bigger fish away from the shore. The bigger prized fish of this season the Wahoo 20lbs to 70lbs are caught just 15 to 20 miles from shore during this dry season period. If you are interested in going deep-sea fishing, the Billfish (the big fish beasts) like the black Sailfish or Marlin of 200 to 300 lbs are catchable at distances of 25 to 30 miles deep into the sea with the Pastora Yacht during the dry season. I have included a fishing calendar below to inform you of the most popular fish which are in season during their particular months of the year here in the central coasts of Nicaragua. The in-shore and deep-sea fishing consists of mainly troll fishing for the above-mentioned fish. We offer sushi and fresh oysters during the fifth recreational hour to its guests for no additional charge. If you have any questions, we can answer those through GetMyBoat’s messaging platform before you pay. Just hit, “Request to Book” and send us an inquiry for a custom offer.

We love to spend time on the water and we are excited to be listed with GetMyBoat making boats more accessible to everyone that wants to get out on the water. We look forward to showing you the local area by water and doing everything we can to provide an amazing boating experience. If you are visiting for fun or simply looking for a relaxing time locally and want to get out and enjoy all the amazing waters this place has to offer. 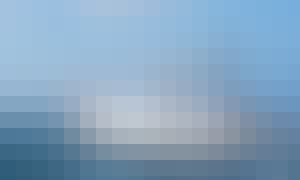 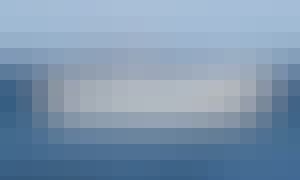 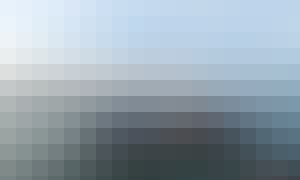