Tour Skorpios and nearby islands by boat! Rent the 14' Nirefs “Ionian 5” for up to 4 people. Rates as low as €55 per day! Rates: • Full-Day: €55 Damage Deposit: • €200 What You Can Expect: Skorpios island Just 10 minutes from our spot on the beach, lies Skorpios island, about 3km from Nydri port, Lefkada island. Skorpios is mainly known as the private island of the late Greek shipping billionaire Aristotle Onassis. It was the site of his wedding to former United States First Lady Jacqueline Kennedy on October 20, 1968. Upon his death it passed to his daughter Christina, and then in turn to her daughter Athina Onassis Roussel, the only surviving heir. In April 2013 through her trust, Ekaterina Rybolovleva, the 24 year-old daughter of Dmitry Rybolovlev, bought a group of companies from the 28 year-old Greek heiress Athina Onassis Roussel. The assets included a long term lease to the Greek island of Skorpios and its smaller islet, Sparti. Beginning in October 2018 and with a completion date of 2020, Rybolovleva began developing a 10,000 square metres (110,000 sq ft) luxury resort on Skorpios for a total investment estimated at €184 million. The island is a Natura with no more than 5% of its area to be developed. Sparti island Sparti is an uninhabited island, right next to Skorpios, across the village of Perigiali, about 3km from Nydri port, Lefkada island. Since the Ottoman Empire, it belonged to a French family who sold it just before 20th century to two Greek families. A century later, Sparti was sold to Aristotle Onassis, in order to turn it into a second Skorpios for his beloved son, Alexander. However, Alexander was killed in an accident with his helicopter, which marked the beginning of Aristotle’s end. For years, Sparti was abandoned, covered with olive trees and the foundations of the buildings that were supposed to be built. It is also owned by Ekaterina Rybolovleva and rumor has it that after the investment in Skorpios, it will be Sparti’s turn for a luxurious makeover. Vathi – Meganisi island Vathi is one of the main villages in Meganisi. It is located on the northeast coast of the island, at the end of an inlet. Vathi hosts a charming harbour with deep blue waters where fishing and sailing activities are conducted safely. The quay filled with a large number of boats during the summer season presents a captivating panoramic view of the village. The village is quite picturesque with a maze of whitewashed houses and alleys and there are a few churches facing the sea. There are a number of taverns and restaurants offering delicious local food. The locals in the village are involved in agricultural activities with a vast area of olive groves to cultivate. People are also involved in livestock farming, while sheep and goat milk are widely used on the island. Here you can see the remains of windmills, just the round stone-built body that stand proudly on the hilltops and capes. What To Expect Onboard: “Ionion 5” – is the “couple’s boat”. Its relatively small size is preferred by companies of two or three people. But do not be fooled by its length; equipped with a trustworthy 4-stroke, 25 hp Honda engine, “Ionion 5” will exceed your expectations! Specification:  • Boat Name: Ionion 5 • Total Length: 4.35 Meters • Maximum Width: 1.80 Meters • Max. Depth: 0.90 Meters • Manufacturer: Nirefs • Year Built: 2014 • Capacity: Max. 5 Persons • Suggested Capacity: 3-4 Persons • Equipped with two engines: Main engine 30 hp Honda / Secondary Engine 2.5 Hp Suzuki • Fuel tank: 25 liter and a 5-litre reserve Geographical restrictions All our boats are based in Perigiali, a small village just outside Nidri. According to Greek law, boats can travel within a certain distance from their original base. Thus, with our boats you can cruise all around Skorpios, Sparti and Meganisi islands, but not further than that. Damage policy All we ask for is to let us provide the same excellent quality to the family that will rent the same boat after you. So, if you make any damage on the boat, you will be asked to reimburse us for it. During the rental time, the client is solely responsible for any damage or loss of equipment. For both parties –the owner and the client- to be on the same page, before departure, client can and will be asked to check the entire boat. You are most welcome to point out any scratches/damages/discolorations you might observe. For any others, client will be held responsible, and obligated to reimburse us. Fuel consumption The boat will be given to you with a full tank and a full reserve. When you return from your day on board, we will measure the fuel consumption and bill you accordingly. The cost is 1.8 euros per litre of what you spend. If you have any questions, we can answer those through GetMyBoat’s messaging platform before you pay. Just hit, “Request to Book” and send us an inquiry for a custom offer.

Hi! My name is Maria and with my family, we operate a rental boats business in Nidri, Lefkada island, Greece. Each member of our family is responsible for a different aspect of the business in order to give our customers a fully satisfying and responsible experience. 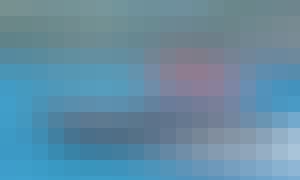 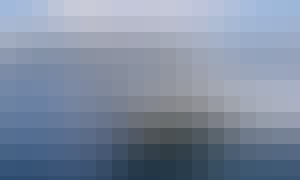 Soak up the sun on a RIB in Kallithea, Greece 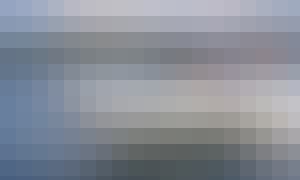 Tour on a RIB in Kallithea, Greece 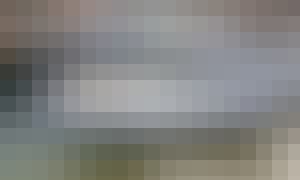 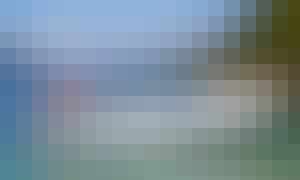 Explore and enjoy the Kallithea, Greece on a RIB